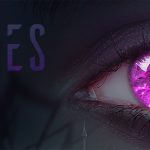 In "Spides" the german capital Berlin becomes the stage of a dark conspiracy, which blurs the line between good and evil. leading actress Rosabell Laurenti Sellers („Game of Thrones“) reveals in this brand new scifi-series, how Aliens infiltrate the population.

SYFY airs the 8 episodes of Spides from march 2020.

We have worked with our partner Rotor Film on the sound postproduction of this series, including general sound design for the last 4 episodes. additionally we created all the alien/creature sounds, like body movement, screams and vocalizations.